Titanium dioxide, also called titania, (TiO2), a white, opaque, naturally occurring mineral existing in a number of crystalline forms, the most important of which are rutile and anatase. These naturally occurring oxide forms can be mined and serve as a source for commercial titanium. Titanium dioxide is odourless and absorbent. Its most important function in powder form is as a widely used pigment for lending whiteness and opacity. Titanium, the ninth most common element in the Earth’s crust, Titanium naturally interacts with oxygen to form titanium oxides, commonly found in ores, indigenous dusts, sands and soils. Pure titanium dioxide is a fine, white powder that provides a bright, white pigment. 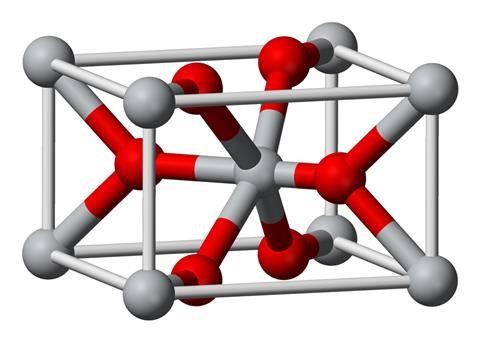 Method of manufacture Commercial titanium dioxide pigment is produced by either the sulfate process or the chloride process. Because of significant environmental and cost issues associated with the sulfate process, most new manufacturing capacity is based on the chloride process. Older manufacturing plants that used the sulfate process have had to modify their processes to accommodate stricter environmental requirements by recycling waste acids and roasting metal sulfates to recover sulfur trioxide The principal raw materials for manufacturing titanium dioxide include ilmenite, naturally occurring rutile, and titanium slag. The last is produced by removing the iron from ilmenite by reduction with coke at 1200-1600 ° C. At these temperatures, the iron oxide is reduced to the metal, which melts and separates from the formed titanium-containing slag, which is 70- 75% titanium dioxide Among its many useful qualities, TiO2’s refractive properties, durability and brilliance of colour make it an ideal additive to plastics used outdoors, as it gives them a vital hardiness to withstand weathering and light damage.

The sulfate Process
Both anatase and rutile grades of titanium dioxide can be produced by the sulfate process, depending on particular processing conditions. Briefly, ilmenite or ilmenite and titanium slag is digested with sulfuric acid and the product is diluted with water or dilute acid. Most of the titanium dioxide from the ore is solubilized as a titanium oxo-sulfate and iron is present in its +II oxidation state. The resulting liquor is clarified by sedimentation to remove insoluble residues such as silica. Iron is removed by crystallization as its sulfate salt, followed by filtration.

To produce the anatase form of the titanium dioxide, a small portion of the clarified liquor is neutralized with alkali to produce anatase microcrystals. These microcrystals are then introduced into the mother liquor, which is then hydrolysed under carefully controlled conditions to produce crystals of anatase. These are subsequently filtered, washed, calcined, and micronized. During calcination, the final temperature reaches about 800-850 ° C. To produce the rutile form of the titanium dioxide, the clarified liquor is hydrolyzed in the presence of a specially prepared rutile seeding agent obtained by neutralizing a small portion of the mother liquor in the presence of hydrochloric acid or some other monohydric acid. Formed crystals are filtered, washed and calcined at temperatures between 900 and 930 ° C, and micronized.

Chloride Process
The chloride process yields the rutile form of titanium dioxide. At temperatures between 800 and 1200 ° C, chlorine is reacted in a fluidized bed reactor with a titanium-containing mineral, e.g., mineral rutile (which is not readily attacked by sulfuric acid), under reducing conditions (presence of coke) to form anhydrous titanium chloride. Purification of the anhydrous tetrachloride requires separation by fractional condensation. Conversion of the tetrachloride to titanium dioxide may be accomplished by either direct thermal oxidation or reaction with steam in the vapour phase at temperatures in the range of 900-1400 ° C. A minor amount of aluminium chloride is generally added to promote formation of the rutile form. The titanium dioxide is washed, calcined, and packaged. Alternatively, the titanium-containing mineral can be reacted with concentrated hydrochloric acid to form solutions of titanium chloride which are then further purified. Hydrolysis of the tetrachloride will yield the dioxide which is filtered off, washed, calcined, and packaged

Titanium dioxide is particularly found in the universally used product Polyvinyl Chloride – more commonly known as PVC. PVC is renowned for its durable and resistant nature and is used for a large range of outdoor plastic-based products.

TiO2, used within PVC, helps to ensure the protection of outdoor pipes that provide a vital role to homes and developments, for example, electricity, water and gas supplies. It has been estimated that the use of PVC piping can be maintained for up to 100 years

Why to buy from SNG Microns Private Limited
We at SNG Microns Pvt Ltd is specialize in importing titanium-dioxide (Tio2) which are best suitable for PVC Pipe and fitting among other industry. We have chloride as well as sulfate process materials and of both type; Rutile and Anatase. To get free technical assistance, do call us.