Polyvinyl chloride (PVC), often known as vinyl. It is a versatile, durable, affordable and recyclable plastic material used for a wide range of applications. PVC is one of the oldest synthetic materials, with the longest history in industrial production. Its discovery dates back to the 19th century by French physicist Henri Regnault and by the German Eugen Baumann. Today, PVC is the third largest-selling commodity plastic in the world, after polyethylene and polypropylene. Globally, the growth of the industry over the last 100 years has been spectacular. Production capacity has grown from a few thousand tons in the 1930s to over 50 million tons today. 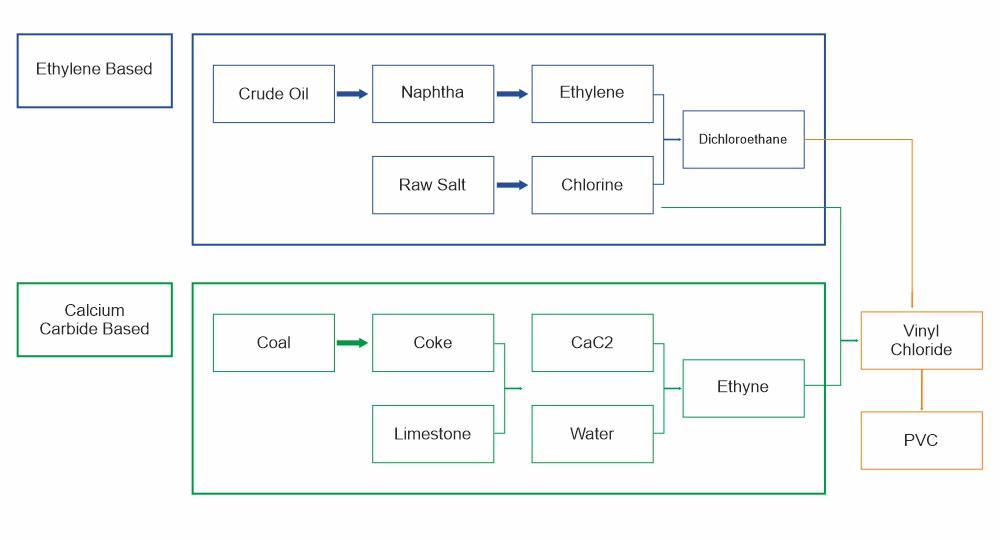 Scenario in India of Polyvinyl chloride (PVC)
Around 75% of PVC in India was consumed in the pipes and fittings sector. This is in stark contrast to the consumption pattern worldwide, where pipes and fittings account for only approx. 43% of the total. PVC applications in India other than Pipes & Fittings are still in the early stages and are primed for growth. This, along with the relatively low per capita PVC consumption in India, shows that future prospects for the Indian PVC processing industry are bright. Currently, most of the PVC produced in India is based on imported ethylene dichloride (EDC) or vinyl chloride monomer (VCM).

In India, PVC is almost always short- supplied, because of high dependence on import, importers are importing inferior processed quality of PVC as well; PVC produced by process of carbide process, which impact the PVC processing industry especially small and medium enterprises.

How to choose PVC for Pipe
One of the most critical parameters is K value, hence check the K Value of product, it must be between 65 to 67 for PVC Pipe applications. But K value in itself does not guarantee the quality of PVC, customer must check the production process, ethylene based processed PVC always gives better results. For application like Pipe fittings & Garden pipe K value should be in between 55 to 57.

Why to buy PVC Resin from SNG Microns Private Limited

We at SNG Microns Pvt Ltd, import superior quality of PVC; ethylene based processed PVC.  There are various advantages of ethylene based processed PVC in pipe and fittings industry as mentioned above. Our PVC business partners are located across the globe, we import from top manufactures of world. Connect with us know available grades for specific applications. Our Warehouse located at Kolkata, West Bengal and Patna, Bihar to served the North and East India.